EPISODE 27: MUSIC IS MY DHARMA 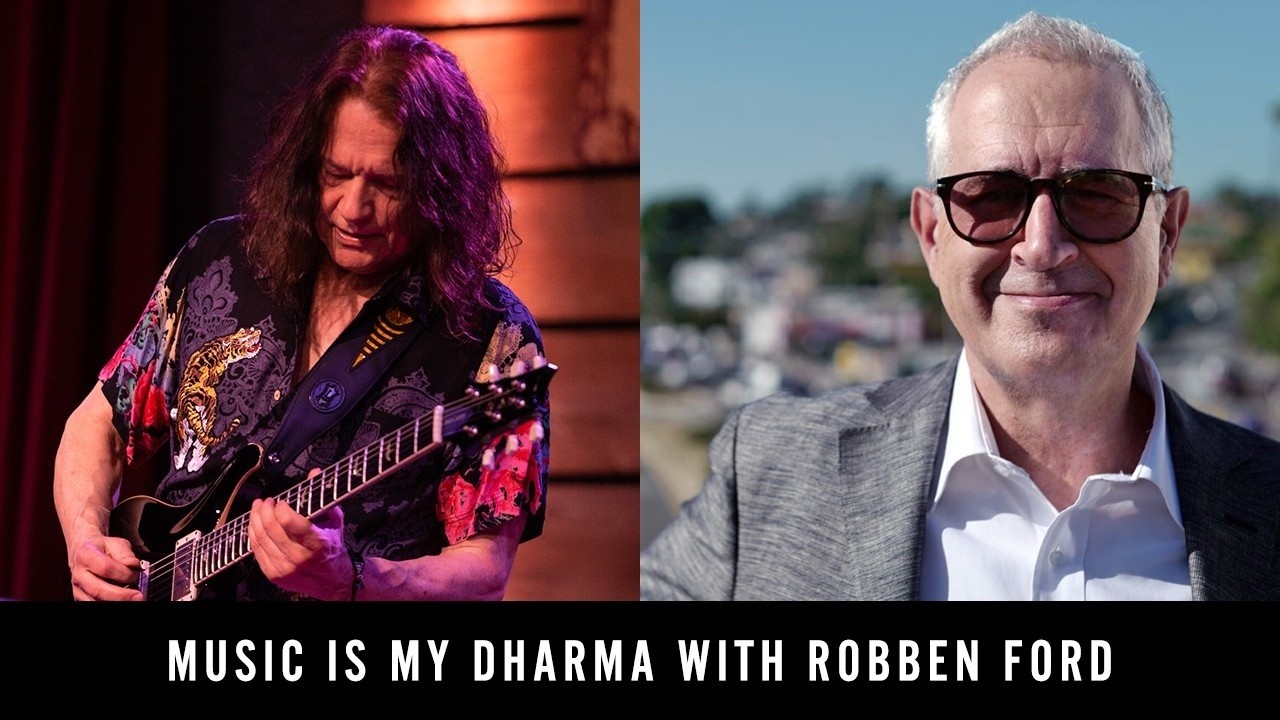 “Music is my Dharma, and the relationship to Buddhism has only made that more clear. Through all these years, the way that Dharma has helped me has basically been to create emotional balance.” – Robben Ford

“The last time I saw you play was with John Scofield at the Blue Note. I came backstage and I said to you, ‘Robben, you used to play music, and now you’re playing life!’ It was like not even music anymore; it was just life experience coming out of your guitar.” – David Nichtern

Pure // Music, Meditation & Trungpa Rinpoche (15:55)
Speaking to his new instrumental album, Pure, David invites Robben to uncover the process behind discovering a fresh sound for the record – his personal evolution in creating something so innovative and compelling in a modern world overflowing with musical talent. From here, Robben and David trade vulnerable questions and share on music, meditation, and Chögyam Trungpa Rinpoche as driving and settling forces in their lives.

“Music was always the driving force of my life. From the beginning, there’s no time when it wasn’t up front. For me, starting to practice meditation was finding a way to settle down.” – Robben Ford

Art & Non-Aggression // Big In Japan (37:37)
A friendly discourse around mastery versus well-roundedness flows succinctly into an epiphany around the connection between the artistic state and the Buddhist concept of non-aggression. To close, David and Robben fly the conversation all the way to Japan – a statement of our deep interconnectivity and how music and the Dharma bring us together.