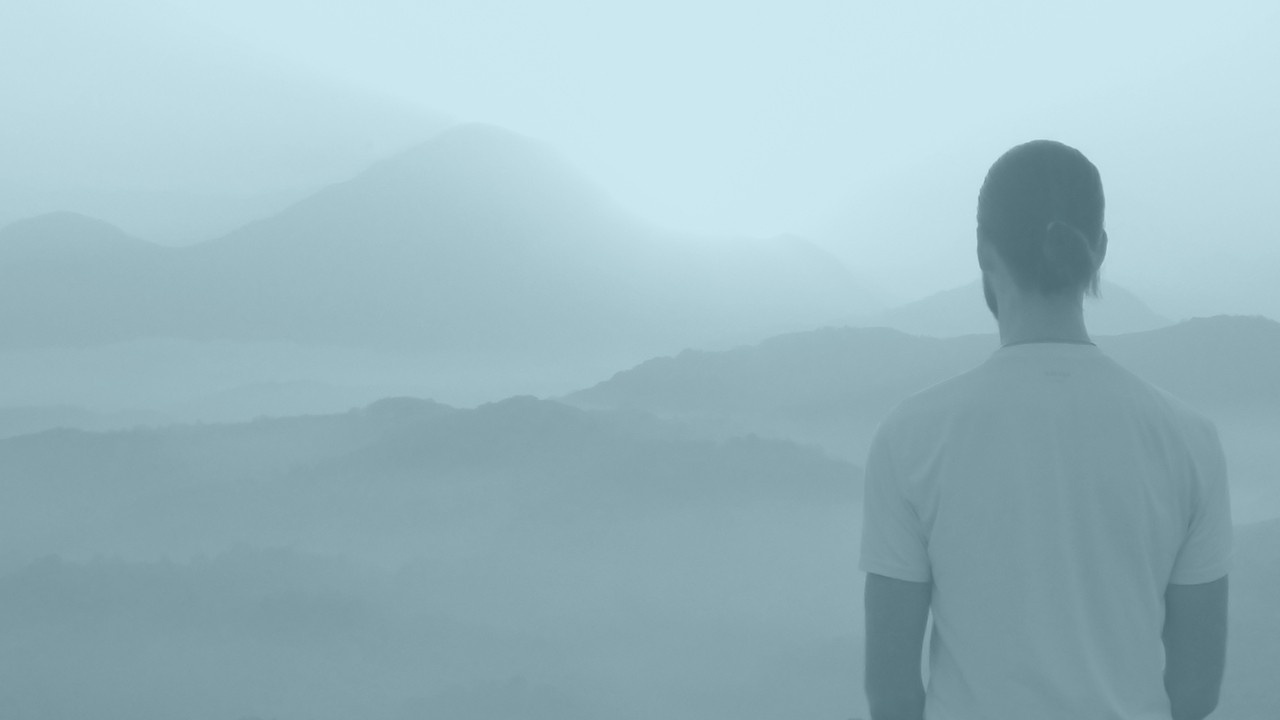 A conversation with David Nichtern about the possibilities of mindfulness practice.

When we begin our journeys as young people in the world, with no answers and a mind open to anything, what we don’t know carries a sort of magic with it. The awe the world inspires in us surpasses the skepticism we may later come to accept. As we grow older, we learn to refine our thinking and discern things quickly. While this can make us more skilled and life easier, our thinking can become automated and we come to ask ourselves if it’s still a journey we are experiencing.

MJ Ruff is an Oglala Lakota writer from the Pine Ridge Indian Reservation. A youth poet who has performed at the Kennedy Center in Washington, D.C., MJ’s work has appeared in such publications as Smithsonian Magazine, Read Inc. Magazine and The Indian Leader.

In this interview, David and MJ speak about the possibilities of mindfulness practice in defining our ideas of success and how it can inform a transformation in business practices that is better for the planet, society, and ourselves.

MJ: What brought you to Buddhism and mindfulness practice?

David: What drew me to Buddhism was a recognition of connection. That started early in my life. My interest in other cultures led me to explore different wisdoms and that led me to yoga. When I was attending Berklee College of Music in Boston in 1970, I studied at a yoga studio there. The teacher at the yoga studio was one of the people who brought my teacher, Chögyam Trungpa Rinpoche, into the United States.

Chögyam came to our yoga studio and gave a weekend workshop. I met him when I was 22 years old. I immediately felt connected with him and felt a deep appreciation for his knowledge. I studied with him from 1970 up until he passed away in 1987.

MJ: How has Buddhism influenced your career as both a musician and an entrepreneur?

David: I couldn't separate being a musician and being an entrepreneur. Obtaining that sort of integration in life is something I try to help people with.

Through Buddhism, we learn that a career doesn’t need to be a way by which we get caught up in neurotic activity fueled by greed, paranoia and competitiveness. Career can be fueled by Dharma, which will elevate the principles that inform how we conduct ourselves. This is because Dharma embodies the is-ness of a thing. Often, we pursue the appearance of things rather than take things for what they are. Part of the process of being human is the pursuit of truth. But Dharma isn’t just some generic sense of truth; rather, it is rooted in a particular set of traditions.

MJ: How did Chögyam Trungpa Rinpoche influence your work as a teacher and an entrepreneur?

David: There are many people who influence you during your life, but in the Buddhist tradition we talk about a root Guru, your main teacher. He's my root teacher so his level of influence is strong. Chögyam Trungpa is a central figure in my worldview. I’m still learning from him 35 years after his death because his knowledge is such that you never really finish processing it.

The second thing he introduced me to was Shambhala warriorship. It's about bravery, confidence, and authenticity, but has nothing to do with being able to beat people up. It’s a tradition imbued both with gentleness and fearlessness.

MJ: A lot of ideas within Buddhism find their way into my own thinking and something I've been enamored with is the concept of “Bardo”. What I understand of Bardo is that it is a state between death and rebirth. To me, that seems central to what Buddhism teaches because what you learn from the Bardo is how to negotiate a way toward truth, or Dharma. Can you speak about your understanding of Bardo and what we can learn from it?

David: It's a simple notion. Bardo means “in between”; it’s a state when you're on your way from one place to another. It’s a pervasive experience and, of course, the most famous Bardo happens when we die. Death is only one Bardo of several.

Another type of Bardo is the kind we experience in our everyday lives through the numerous experiences of transition we experience everyday. The Bardo is a tremendous opportunity for us to experience reality as it is because it creates a gap in the continuity we feel and refine in our lives and forces us to look at things with fresh eyes.

MJ: I think this overlaps well with how people can think about entrepreneurial and artistic endeavors. What fascinates me about the Bardo is how it allows me to think about the notion of failure. Particularly for Americans, the way we treat failure is incredibly unproductive. All professional endeavors we pursue in life encounter the discontinuity of failure, and what Buddhism offers us in its teaching is an approach in which we can negotiate a way forward through discontinuity.

David: Buddhism emphasizes some strongly apparent and obvious qualities of reality that many of us find difficult to confront. One of them is impermanence. In the Buddhist canon, impermanence means whatever you do is going to fail.You might have the most successful business in the universe as an entrepreneur, and then you die. So where's the success? You know you didn't get to take it with you.

Impermanence is a message that our attempt to hold together a version of reality that centers the ego is doomed. Enlightenment is the ego's final disappointment.

Surrendering to the wisdom of failure offers us an opportunity to learn and grow into a warrior. For if you learn from what your failure has to teach you, then you do not see it as defeat. It’s a very evolved perspective, don’t you think?

MJ: Yes! And I like that you say surrender, because often when we think about how we navigate life, a lot of it is about dominating, especially within entrepreneurial and musical pursuits. It's all about “dominating the industry” or “dominating the field”. It's this language of conquest. But within Buddhism, our thinking evolves to realize that there is power in surrender.

David: And to clarify, I don’t think that by surrender we mean “give up”, “I am not worthy”, etc. Rather, by “surrender” we mean “opening”. If you surrender properly, you open your heart. What you surrender to is an important choice. Don’t surrender to ego. Surrender to compassion and wisdom.

MJ: I agree. What sort of Buddhist principles intersect with entrepreneurship and how do you apply those concepts with business practices?

David: There's a Buddhist notion called Right Livelihood, which is part of the eightfold noble path. These concepts hold that people should follow an honest occupation that respects other people and the natural world. Its principles are simple: Don't lie, don't cheat, don't manipulate people. Don't con people. Working on communication skills is good, and upholding a basic compassion toward the people you work with is important. Being professional and straightforward do not go against the Buddhist approach.

As you said, you don’t have to “dominate”. Good business is formed by an exchange that benefits the community. You should have your ethics inform your business and your business inform your spirit. Business can bring us a practicality, earthiness and groundedness, which can offer balance to the spirit where we can let ourselves be a little off in the clouds at times.

MJ: That reminds me of the things that my tribal nation, the Lakota, value. As foreign as it may seem to Americans, the ultimate goal for Lakota people was simplicity. Being ordinary was a value by which we orchestrated our lives around attaining. Often in prayers when Lakota people pray for someone, you’ll hear us pray that someone “gets simple.” It can be hard for people who are raised to believe they are these hyper-individual people who all need to be famous millionaires. When we hear about corporate malpractice that destroys our planet or harms people, we pray that business people will get simple.

David: That is extraordinarily beautiful. I'm so happy to hear you say that. Within Buddhism, the highest state of mind is called the “ordinary mind”. It’s simple, straightforward, yet nuanced.