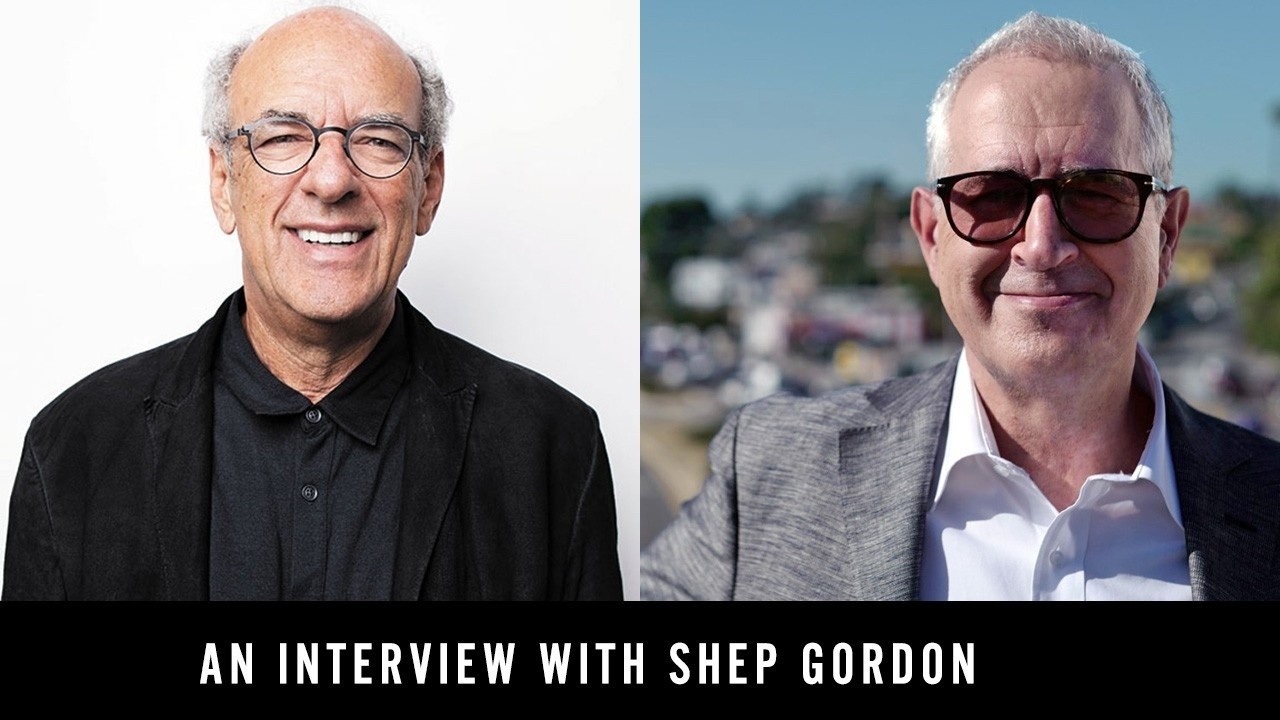 David Nichtern welcomes legendary manager and supermensch Shep Gordon for a conversation around the practice of service, power and fame, and shooting Alice Cooper out of a canon.

Shep Gordon has been responsible for managing the careers of Alice Cooper, Groucho Marx, Raquel Welch, Luther Vandross, Kenny Loggins, and countless others. He’s also credited as creating the celebrity chef, with clients that include culinary legends such as Wolfgang Puck, Emeril Lagasse, Nobu, Daniel Boulud and many more. Shep was the subject of Mike Myers’ 2013 documentary, Supermensch; his book, They Call Me Supermensch, is now available. You can learn more about him at shepgordon.com.

David and Shep start their conversation with the important things in life, mainly good food. Shep details how his life has been all about the practice of serving others and being generous with his good fortune. He tells a story about his time with the Dalai Lama and seeing the miracle in everything.

“If the lightbulb goes off, and you actually think you figure out how to get happy through this journey, you gotta try and share it.” – Shep Gordon

David brings up various topics from his book for Shep to comment on. They discuss the differences between money, power, and fame, and those who seek them. Shep shares his unique understanding of the psychology of the marketplace.

“Power’s really interesting because you can get power without having accomplished anything.” – Shep Gordon

David and Shep continue discussing different topics from David’s book. Shep tells stories from his time in the music industry, including dropping 18,000 panties into the Hollywood Bowl and shooting Alice Cooper out of a canon.

“You don’t win every time, you have to be prepared to lose and make the best of a bad situation.” – Shep Gordon