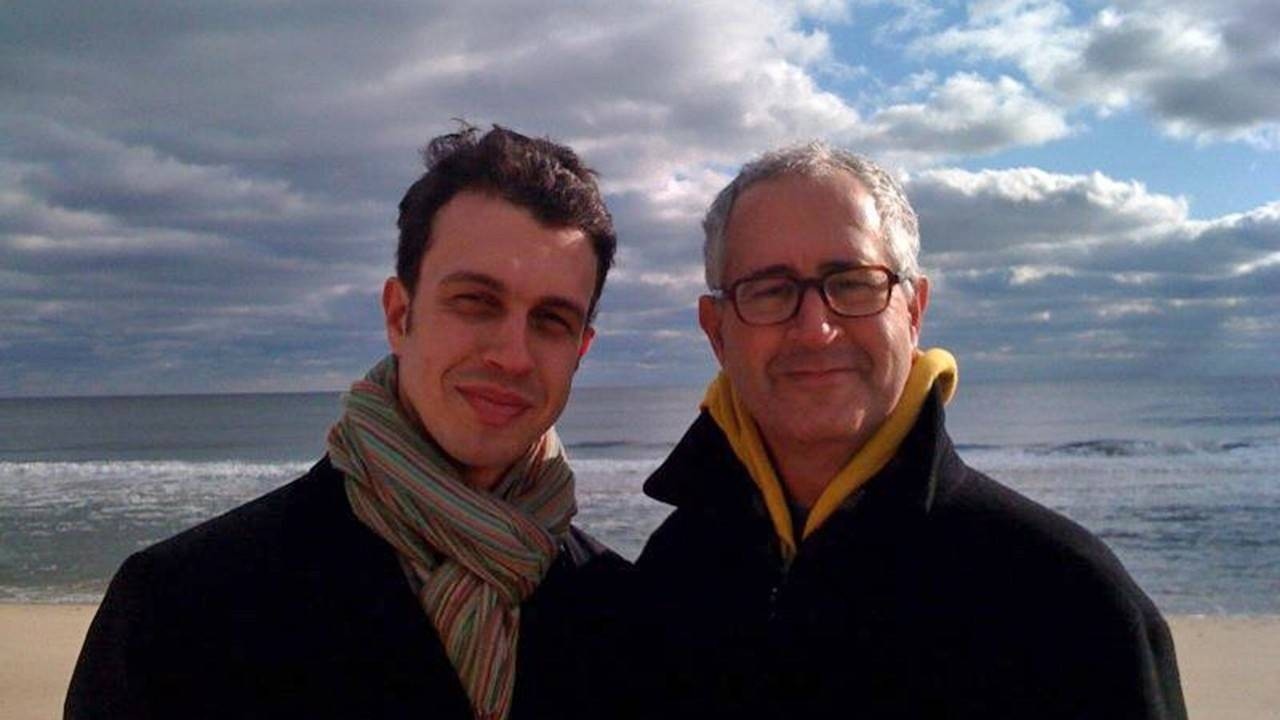 People often perceive the goal of Buddhism as becoming thoughtless, detached, and retreating from the world. For many, these imagined requirements can represent an impossible sacrifice. For father and son David and Ethan Nichtern, much of teaching mindfulness is dismantling these kinds of expectations. Embracing life and being fully present, one can embark on a path of awareness and discovery, which reveals the magic and sacredness of our everyday reality.

In this interview, Ethan and David speak about their individual paths and how their approach to Buddhism includes family, livelihood, and engagement with society.

When did you begin to think about pursuing teaching meditation and mindfulness? What was the story behind that?

Ethan: I began to develop regular meditation practice as a high school student in New York City. During college, I would take classes at the Shambhala Center when I would return to the city. After college, I moved away to a meditation center where I lived for six months and participated in a couple of longer retreats. I returned home three days before 9/11. That was a seminal moment. I felt I needed to figure out how to make life meaningful and find a way to influence the world. I invested in tantric Buddhist practice and started teaching at my yoga studio, where my dad was the head of the Buddhist studies program. Things began to evolve from that point, and a few years later, I founded The Interdependence Project, a nonprofit dedicated to secular Buddhist study and activism. Throughout my twenties, I slowly figured out a way to scrape together a living. In 2010, I was invited to become the youngest senior teacher with a title in the Shambhala tradition.

I began teaching a year-long Buddhist studies course in 2019. There isn't anything else like it. We provide an in-depth overview of Buddhism from an engaged, worldly, tantric perspective. I think it's wonderful that an immense amount of people are using meditation apps to help them, but this course serves as a bridge for people when they're ready to dive into their practice and go deeper.

When most people think about Buddhism, we typically don't imagine a grounded family setting. Most people tend to think of Buddhism as incredibly monastic and isolative.

Ethan: The retreat became the dominant way that Buddhism has become known, coming out of a monastic tradition. The Buddha himself was strongly avoidant, and the path of leaving the world behind is something we all have to do a tiny bit. But – there is an entirely different approach that you can find in the work of Dharma Moon that explores the path of awakening; when you embrace the world and develop a code of ethics through your practice. The ethics that you can develop as a worldly practitioner are something that many people tend to ignore when they give way to the idea that meditation serves the purpose of escaping stress conveniently.

The path of the monastic practitioners and renunciate yogis is a beautiful journey that appeals to worldly practitioners because of the timeless wisdom that often comes with that. But we need more stories of practitioners navigating their practice while their child screams at them. How does one navigate their practice and nurture compassion at the Thanksgiving table when their uncle is yelling about things he heard on the news?

These are the questions that the people coming to Dharma Moon are asking. I respect the monastics, but the worldly path is not lesser. I want to embrace the world and see if that can be a complete path of wisdom in and of itself.

It seems likely that our attachment to the idea of love for many people can divert us away from Buddhism. What are your perspectives on that?

David: Within Buddhism, we have a practice called "touch-and-go." We embrace and cherish our relationships with people, but we don't cling. "Detachment" is not an accurate word to describe this. We can touch the heart of our experiences with loved ones by clinging to them. As much as we might want our children to remain our babies forever, they grow. The source of suffering is when we fixate and grasp, which we then remedy by not making contact with our lives.

What are some crucial things about mindfulness meditation that you have both learned from each other?

David: Ethan and I both studied in the Tibetan Buddhist tradition, a particular iteration of Buddhism. Beginning in India, we've both studied the art of intentionally being present. We are all habitually attuned to wandering away from the present. When we wander, we bring our attention back, sometimes using breath, and this helps us strengthen our mindfulness. For many people, it's not until they start to practice meditation that they shockingly realize how frequently they aren't present; that's the aspect of it that wakes us.

I find it common among those who teach mindfulness how often we borrow metaphors from each other. Ethan is a talented and poetic thinker, and I often quote him in my teaching. His ability to make contemporary analogies and metaphors is strong and can serve the purpose of pointing people toward mindfulness.

What can people expect from the year-long Buddhist studies course?

Ethan: They can expect a strong community support environment and the chance to see what lies beneath the basic benefits of mindfulness practice. At the end of this year-long course, so many people report life-changing experiences—not just because it usually gives them a much stronger commitment to their daily meditation practice. It is also because they feel like they've put some of the puzzle pieces together to peer into this deep trove of wisdom, spirituality, and philosophy that lies beneath what they've learned from an app like Headspace, or an MBSR course, or reading Pema Chodron. They feel connected to the source of wisdom, connected to the community, and ready to move further on the path in a way that works for them.