IT'S TIME TO GO DEEPER.

Designed to be highly practical (and occasionally geeky), this program will provide a comprehensive overview of the Buddhist path, with an emphasis on the psychological, metaphysical, and socially engaged elements, and will help you establish or reestablish a commitment to regular meditation practice through a variety of Buddhist techniques.

This is a live, online program that will engage students in interactive learning and community. Students will also receive lifetime access to all session recordings.

WHAT PAST STUDENTS ARE SAYING:

“I could not speak more highly of this course and Ethan as a teacher! I came in as a complete beginner without a formal practice, so if anybody in the same boat now has doubts, don’t fret!”

“The online course allowed this full time working mom to have access to the dharma and a sangha in a way that would be otherwise impossible. When the stars align and I can attend the live class, Ethan and his guests are engaging and interactive. The break out sessions are also insightful. Definitely worth investing the time and money.”

“This course changed my life. It opened so many things in my life and path.”

Register for the Full 30-Week Program through December 12th, 2023

Advance registration for the full program includes valuable access to working groups with direct check-ins by course leaders, written reflection assignments, access to a discussion board with fellow students, and a certificate of completion for the course from Dharma Moon.

The full yearlong program is comprised of five 6-week online courses. Courses can be taken individually and are suited for students of all experience levels. Registering for individual courses excludes participation in working groups and other benefits indicated above, but students who choose this option will still have access to live talks and recordings.

Please email [email protected] with any registration or payment questions. 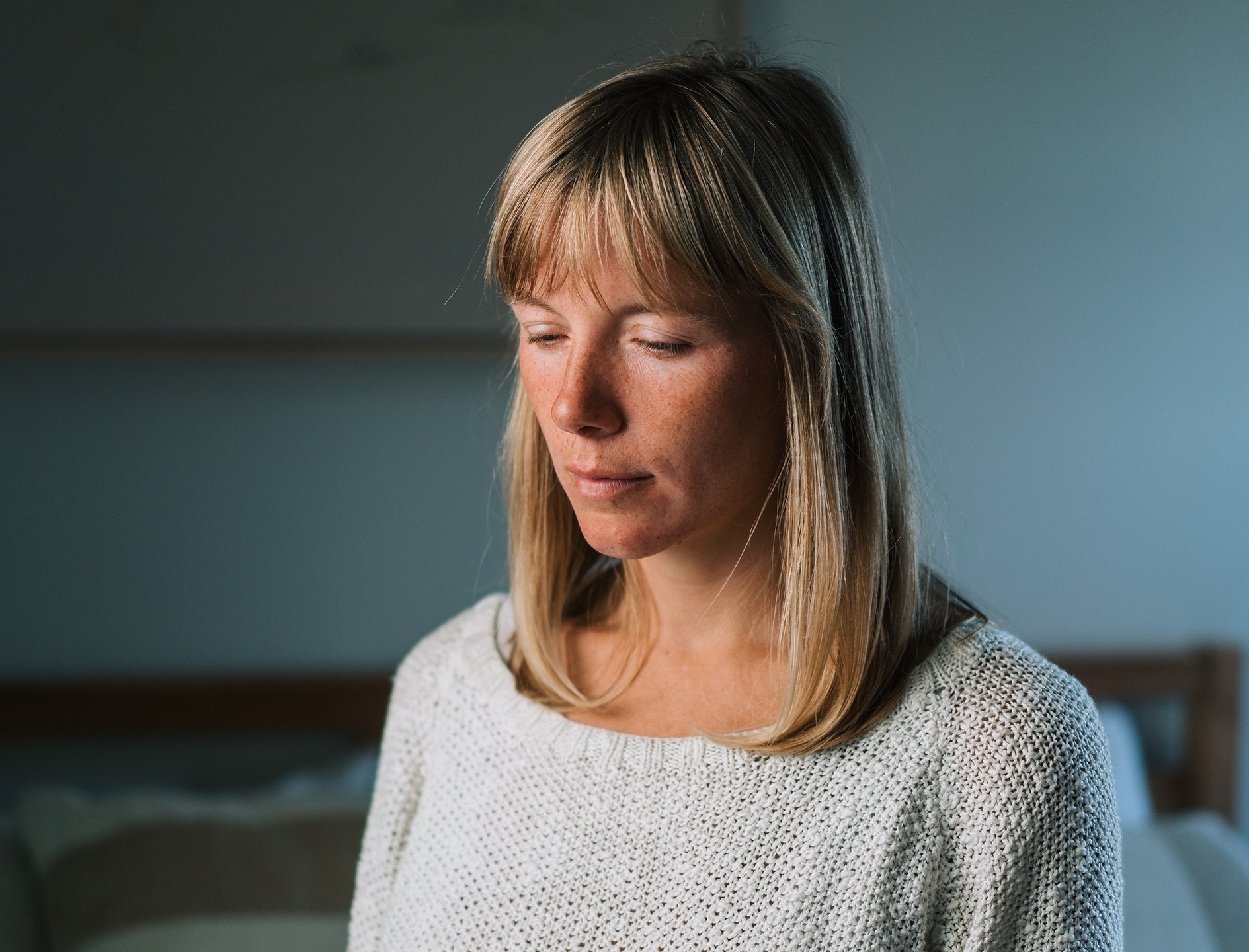 This course focuses on The Buddhist Path, The Four Noble Truths, The Eightfold Path, Buddhist Teachings on the Self, and the Path of Conduct and Ethics.

We begin at the beginning, by establishing a daily mindfulness meditation practice. We will explore and transform our way of looking at meditation as more than just a stress-reducing practice, and into an entire life path of study, practice and ACTION where we explore our sense of self, our confusion, and begin to transform our entire understanding of reality. 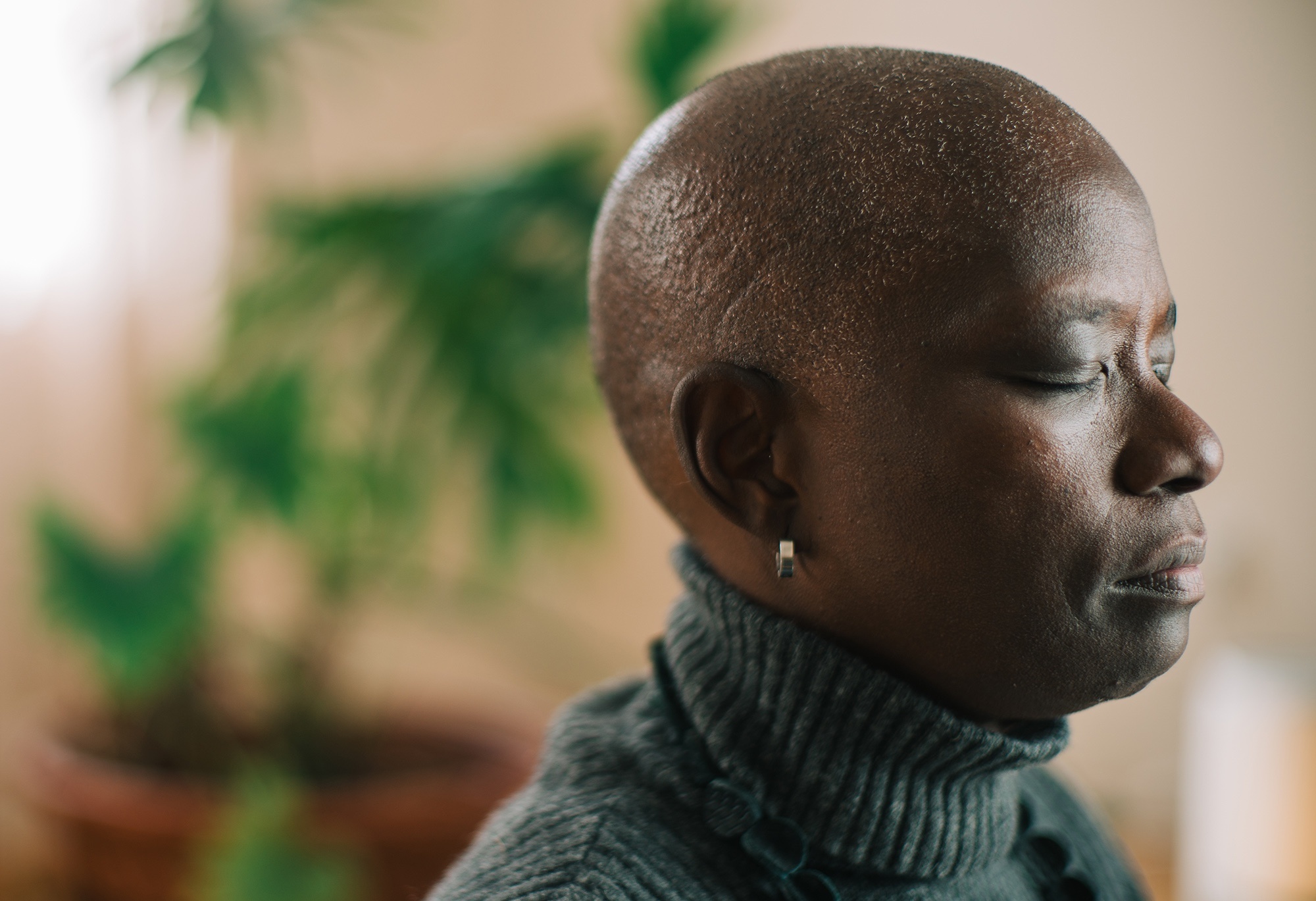 COURSE 2: THE PERSONAL BECOMES INTERPERSONAL - KARMA AND THE SIX REALMS

This course covers the all-important transition from a view of awakening that is internal and personal to one that is shared and interpersonal. Our daily meditation practice will focus on the technique of Metta, or lovingkindness meditation, to begin to build a bridge.

On the philosophical/psychological level, we dive into the teachings of Karma and The Twelve Nidanas, which describes how consciousness functions and falls prey to habitual beliefs, patterns, and stuck behaviors. Why do we keep doing the same things again and again, and how can we break the habitual chains? That’s the real question to be answered here through a detailed understanding of the exact sequence of moments through which we get stuck in old patterns, including the places we can effectively shift or transform our habitual responses to what happens to us. And on the level of social imagination, we deeply explore one of the most imaginative Buddhist teachings: the 6 realms of confused existence, which describe in epic detail how the mind creates entire realms of experience in relation to other minds. 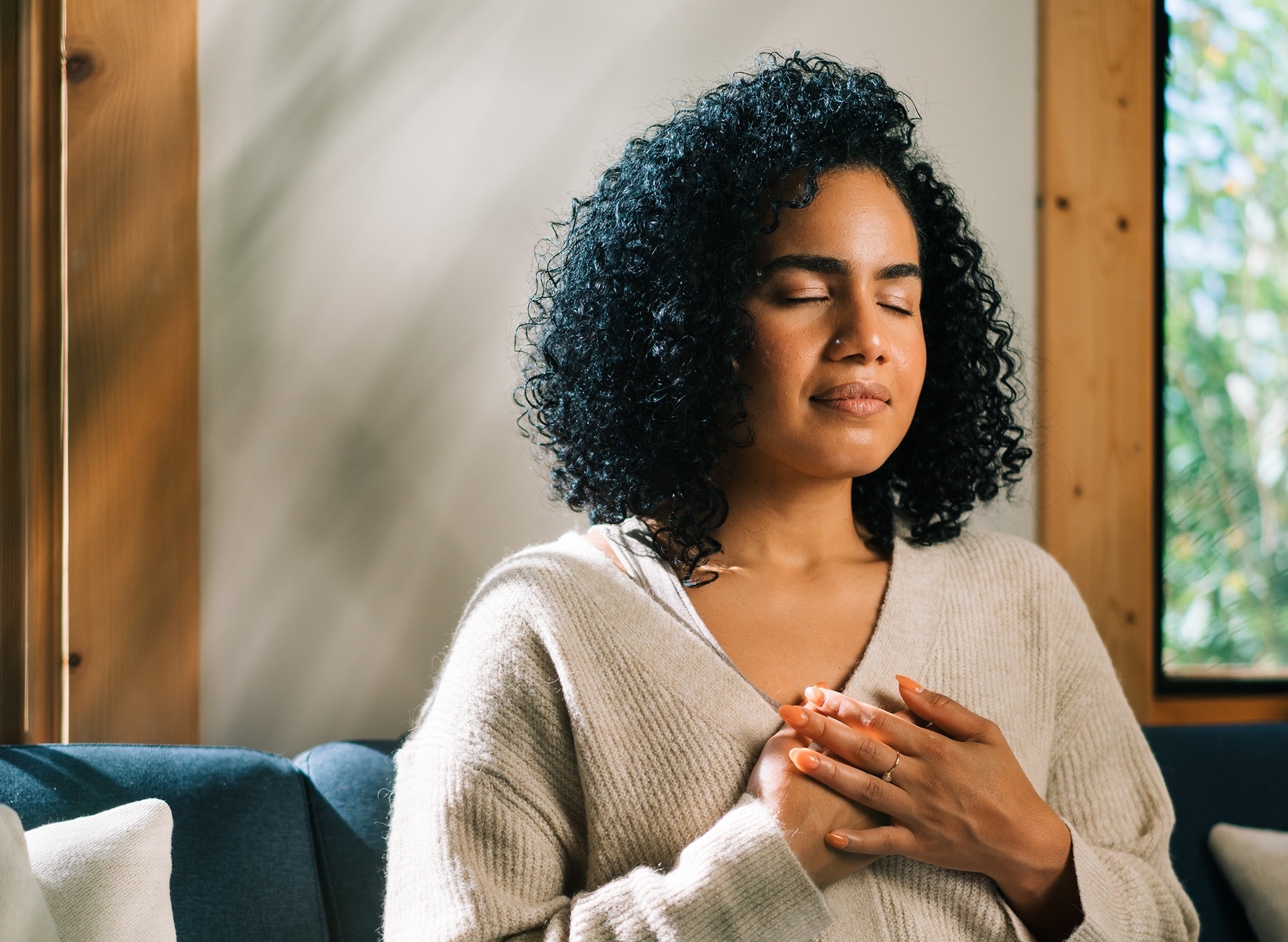 This course focuses on the Bodhisattva Path. How do we fully prepare our hearts and minds for the compassion to be truly of benefit to others? How can we take care of ourselves in the process of opening up to the world? We will focus on the meditative technique of tonglen, or “sending and taking” compassion meditation, which has been demonstrated by Eastern students and Western psychologists alike to be deeply transformative to the hearts of everyone who practices.  We will cover the meditation practice of Tonglen, The Four Great Vows of Zen, Four Styles of Idiot Compassion, Spiritual Bypassing, The Six Paramitas, and The Heart Sutra. 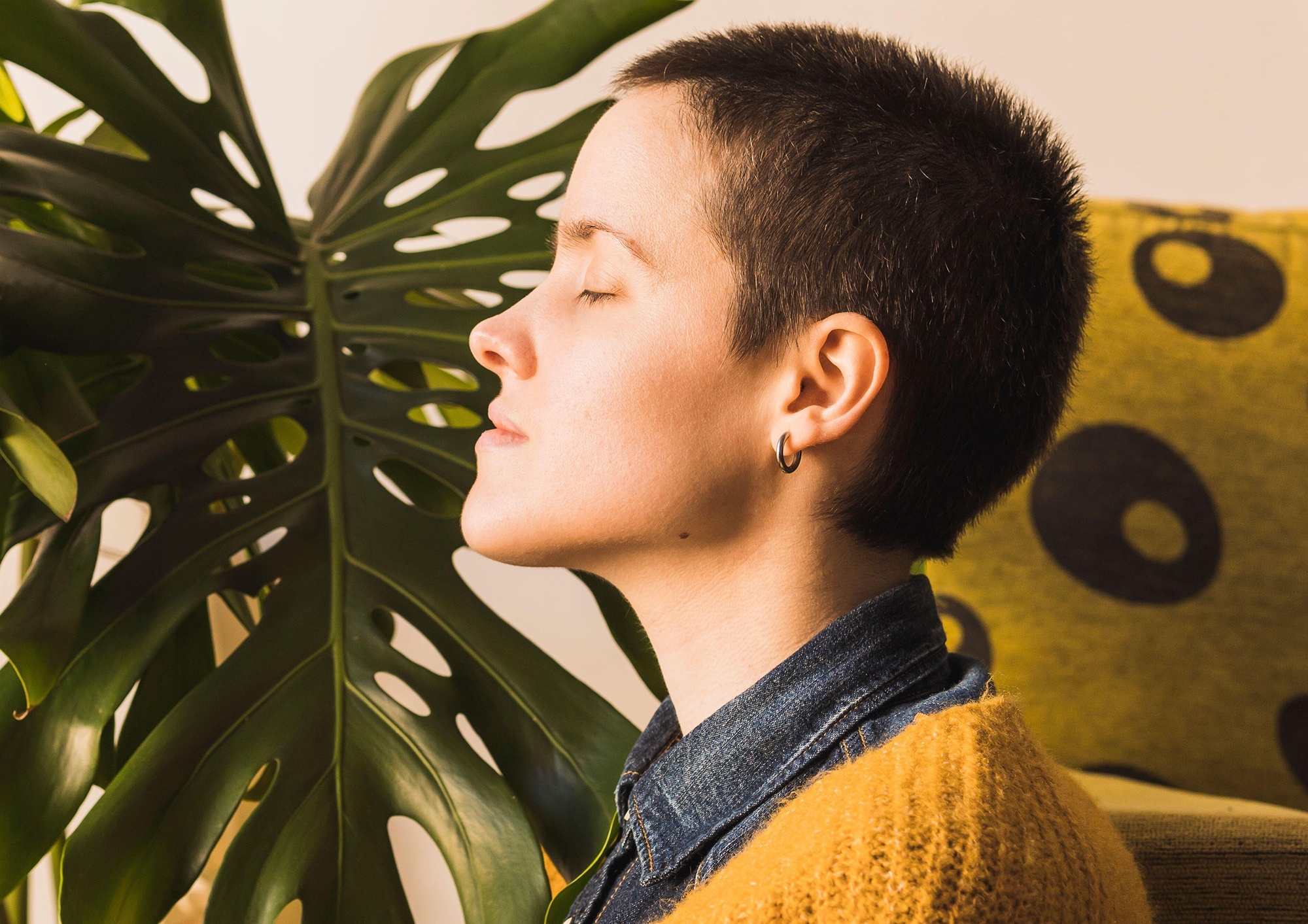 The Vajrayana (Tantric) Buddhist path contains practices and frameworks that are incredibly useful in understanding and working with our human emotions.

The tantric path also has many interesting teachings about visualization, sacredness, viewing the world as an inherently beautiful and amazing place, and dealing with death as a practice of awakening.

While Tantra has a very liberated approach in discussing the interconnection between wisdom and neurosis, sanity and confusion, it is actually a very grounded, rigorous, and compassionate path all about how to be a decent human.

This six-week course begins with a theoretical introduction to Vajrayana (Tantric) Buddhism, along with an experiential exploration of some of the fundamental practices associated with Buddhist Tantra.

Founded on the firmly established aspirations of self-liberation and compassion for all beings (Dharma Moon's Yearlong Buddhist Studies Courses 1-3), this course explores the Tantric or Vajrayana teachings as understood in the Indo-Tibetan and other schools of Buddhism.

Topics will include The Three Yanas, Nature of Mind meditation (Mahamudra and Dzogchen), Visualization as Meditation Practice, The Five Wisdom Energies, and an exploration of the often difficult topic of what it means to work with a "Guru" as opposed to other models of the student-teacher relationship. 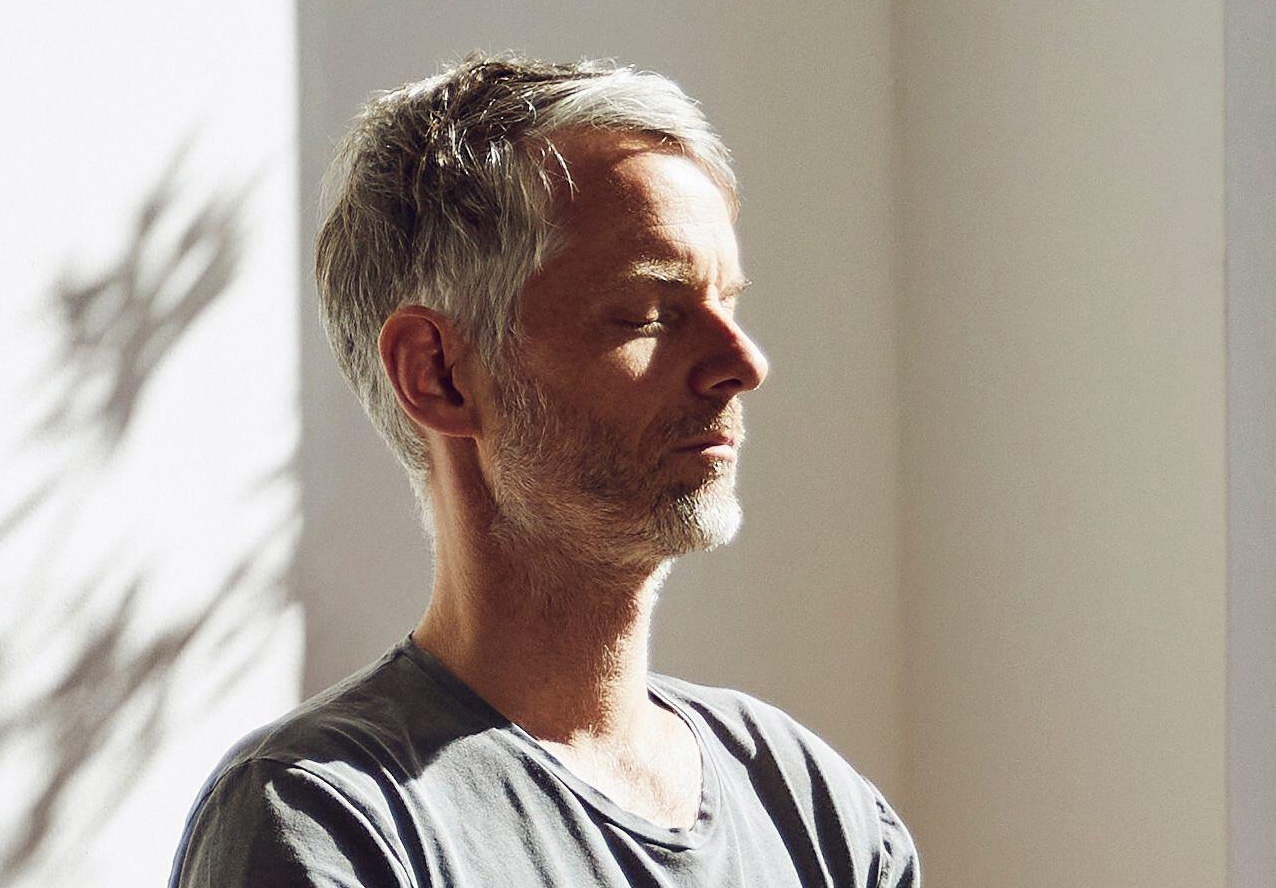 COURSE 5: WARRIOR IN THE WORLD - THE PATH OF COMPLETE ENGAGEMENT

“[Ethan is] a supercool, deeply kind brainiac—imagine a very chilled-out blend of Pauls Auster and Rudd—who is also to-the-cushion born.” 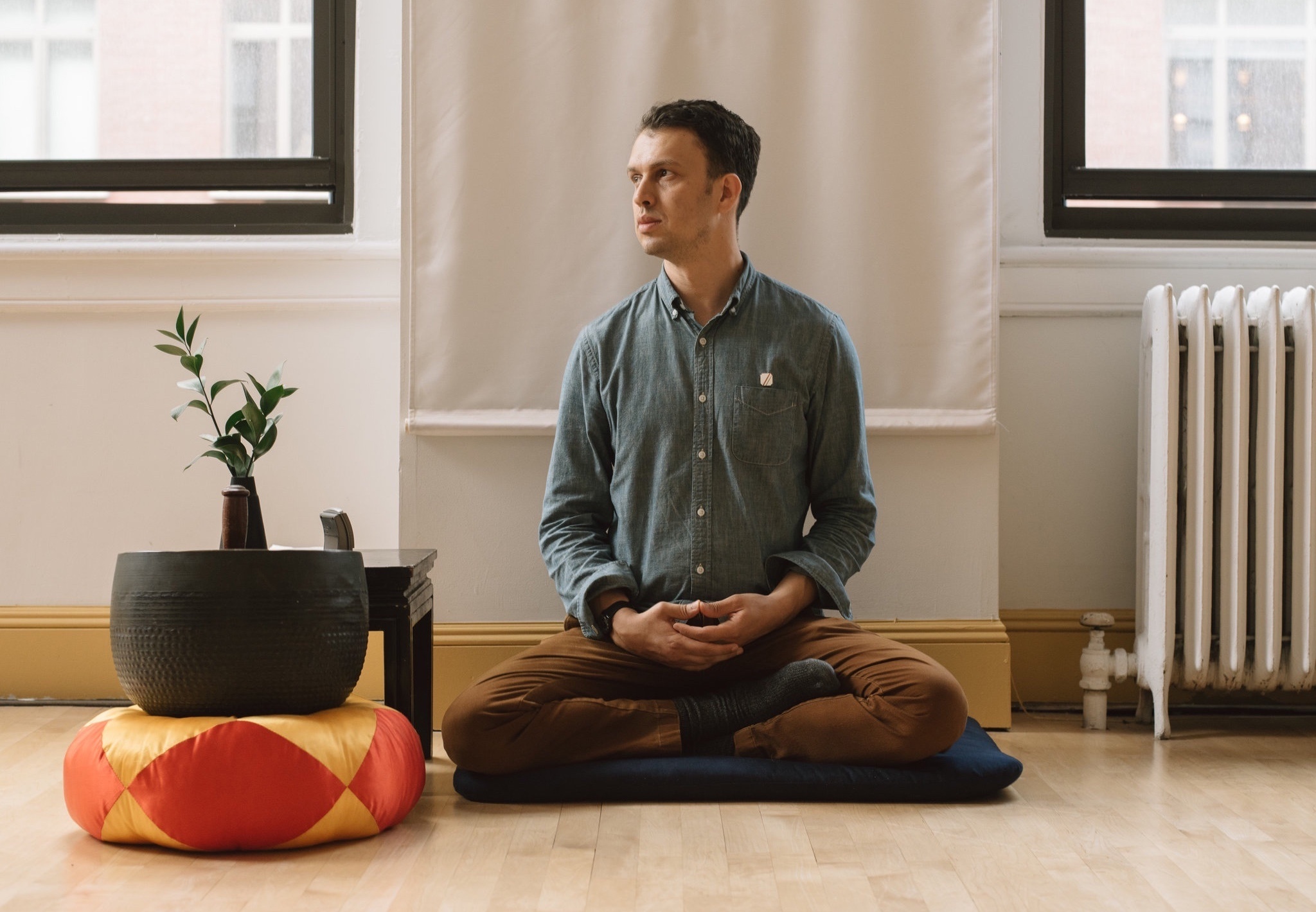 Ethan Nichtern is a Senior Buddhist teacher, author, and lecturer. For the past 19 years, Ethan has taught meditation and Buddhist psychology classes and workshops around New York City, North America and Europe, along with working with students privately.

He was formerly on the part-time faculty at Eugene Lang College at New School University and has lectured at Brown, Wesleyan, Yale, NYU, FIT, Antioch and other universities, and as well at many other meditation/yoga centers and conferences around the country and world.

Ethan is the author of the acclaimed book The Road Home: A Contemporary Exploration of the Buddhist Path and his most recent book, The Dharma of The Princess Bride: What The Coolest Fairy Tale of Our Time Can Teach Us About Buddhism and Relationships. He is also the author of One City: A Declaration of Interdependence, and the Novella/poetry collection, Your Emoticons Won’t Save You.

He founded and served as executive director (2007-11) of the Interdependence Project, a nonprofit organization dedicated to secular Buddhist practice and transformational activism and arts.

Ethan primarily studied in Shambhala and Tibetan traditions, as well as Theravadan and Soto Zen Buddhism. Ethan is an avid yoga practitioner. He served as Shastri, or Senior Teacher-In-Residence, for the Shambhala Meditation Center of New York from 2010-18.

In 2018, Ethan launched his podcast, The Road Home, available on iTunes, Spotify and wherever you listen to podcasts.

Ethan has been featured on CNN, NPR, ABC/Yahoo News, The New York Times, Vogue.com, Business Insider, Nautilus, and Vice to discuss Buddhism and meditation in the 21st Century. His articles have been featured on The Huffington Post, Beliefnet, Shambhala Sun, Tricycle Magazine, BuddhaDharma Magazine, and Reality Sandwich as well as other online publications. 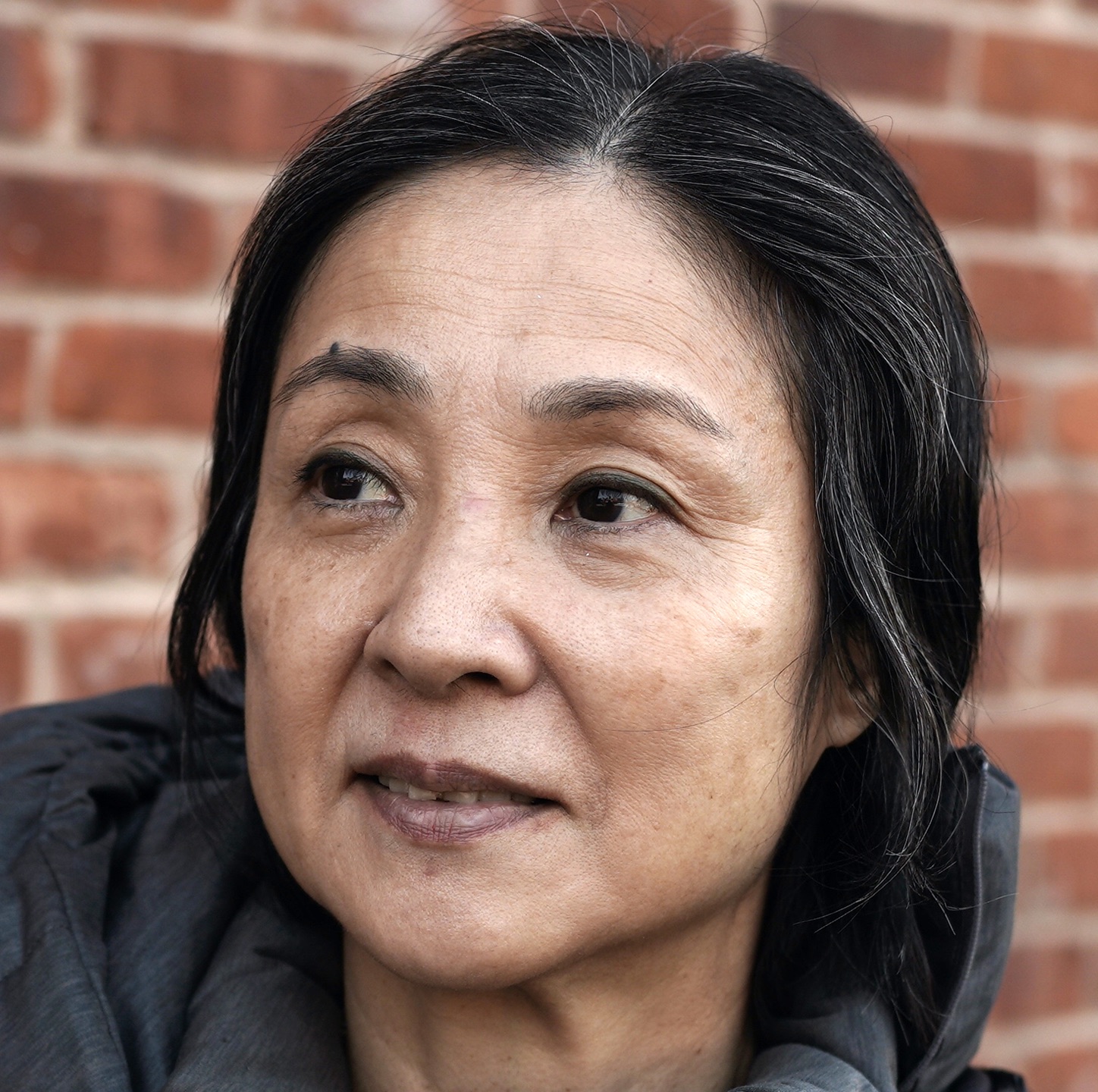 Born and raised in Tokyo, Japan, Maho first encountered meditation and Buddhism in downtown Manhattan in 2000. She became an avid practitioner in 2008 and has over a decade of experience, practice, training, and certification credentials including completion of the Interdependence Project Teachers Training, Mindful Meditation Teachers Certified Program, and Mindful Mentor Training. She has trained with and under many influential teachers, including Ethan Nichtern, Jack Kornfield, and Tara Brach, and was fortunate to meet with HH the Dalai Lama in 2017. 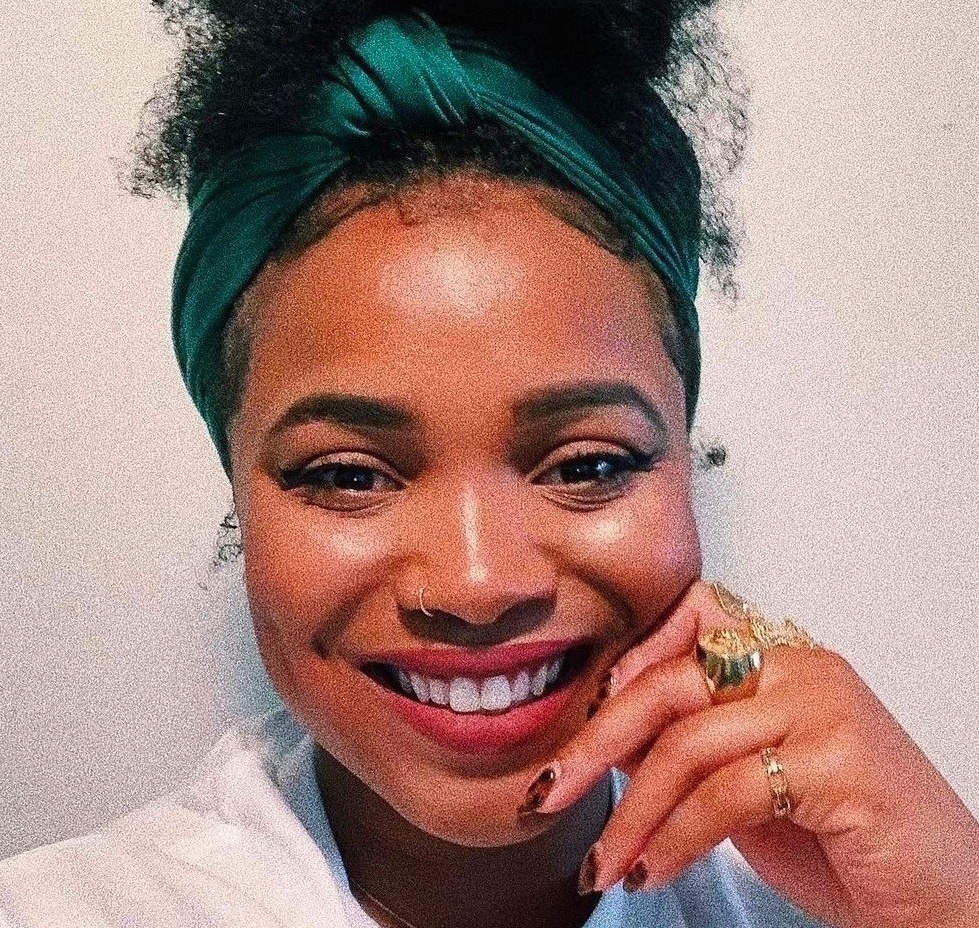 Jasmine is a seasoned entrepreneur, strategic marketing executive, and certified life coach, who has worked with scores of brands, artists, and creators. She is a student of Buddhist teacher David Nitchtern and became a Dharma Moon mindfulness meditation teacher following the completion of its Mindfulness Meditation Teacher Certification in 2020. Over the last 8+ years, she has worked with some of the tech industry's top executives & CEOs to help them navigate challenging times and turn their vision into reality. Through her unique, multidimensional coaching style, Jasmine helps her clients & students develop clarity, strength, and stability to achieve their life goals and build purpose-driven careers. Ultimately, all of Jasmine’s work is rooted in her belief that personal development and self-discovery are key to collective progression, liberation, and social change. 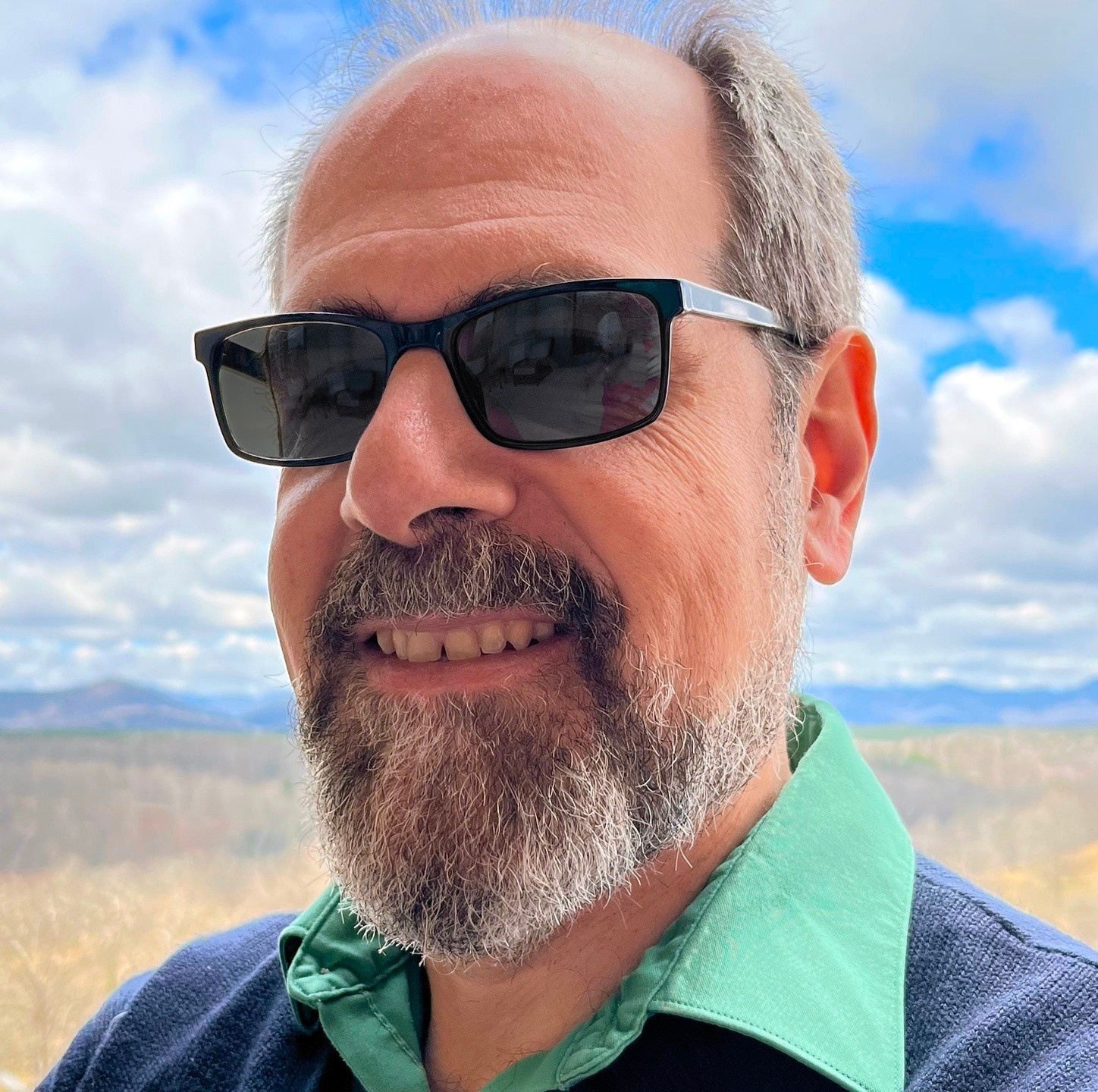 Panos has studied and practiced Tibetan Buddhism for the past sixteen years. He is a certified Dharma Moon and Tibet House meditation instructor, and joined the Dharma Moon teaching team in 2021. He has been teaching and researching music theory and the psychology of music at New York University since 2003, where he directed the music theory program until 2021. In addition to music, Panos holds degrees in math and physics and enjoys exploring connections between Buddhism and Western science. 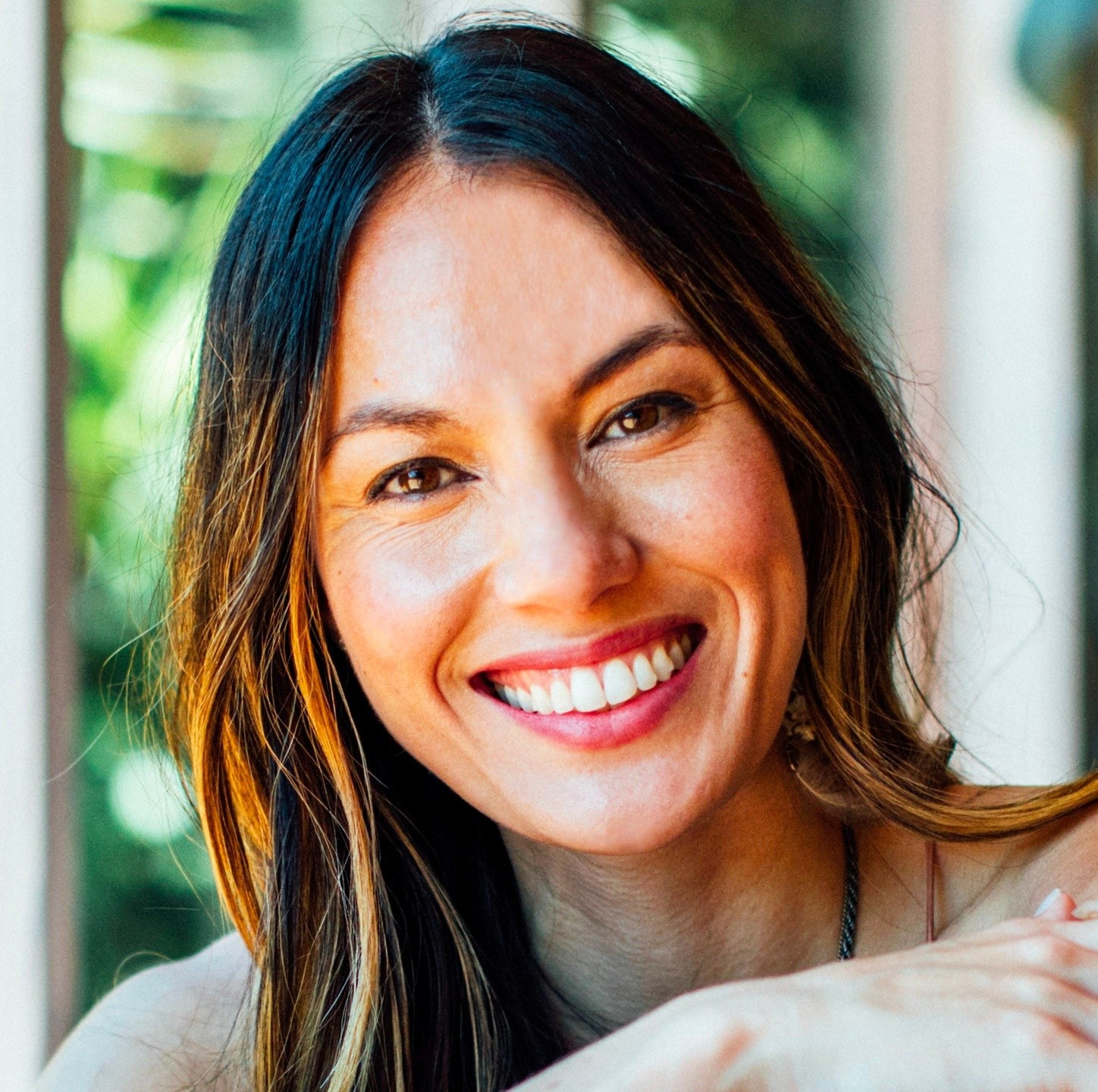 Jackie is a meditation teacher and mindfulness advisor based in NYC. She is currently a student of Mingyur Rinpoche, and serves as a practice leader in his international community, Tergar. Jackie has an MA from NYU’s school of Culture, Education, and Human Development, with a professional background in the film and TV industries. She is a mother and wife, and has found the practice of meditation an invaluable tool to parenting (and partnering) with awareness and compassion. 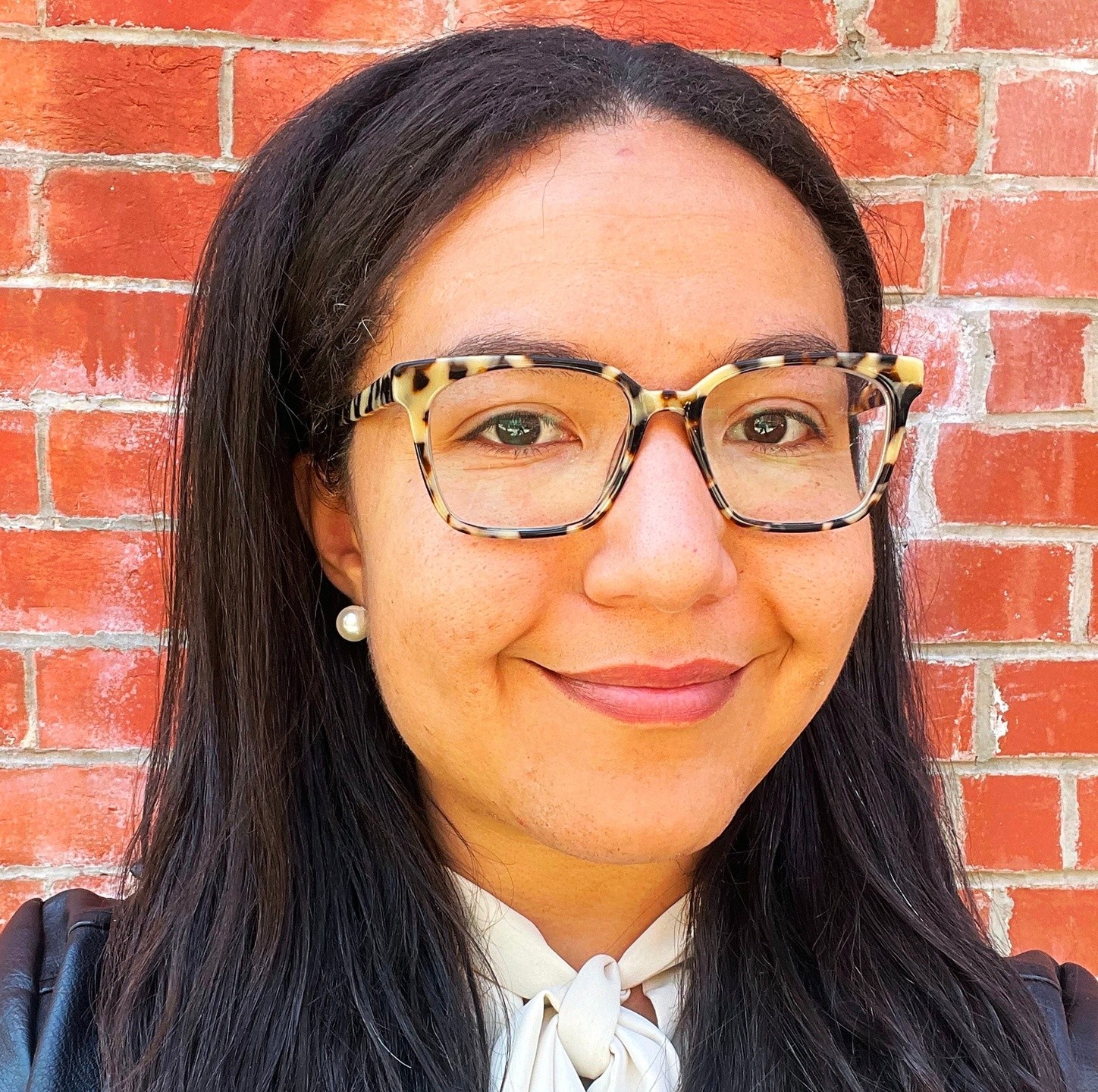 Lou Sharma has practiced meditation for over a decade, and has studied Dharma within Tibetan Buddhist traditions since 2016. In 2021, she completed Dharma Moon's Mindfulness Meditation Teacher Training. Lou is interested in the ways mindfulness can empower more compassionate cultures of work, inspired by 10+ years of experience as a corporate researcher and brand strategist.

There are recommended books for purchase for each course. Reading material is not included in the cost of the program.
Additional suggested readings and PDFs will be provided.

The Road Home: A Contemporary Exploration of the Buddhist Path by Ethan Nichtern

Mindful of Race by Ruth King

Add your info below to get news, free content, and special offers from the Dharma Moon team. 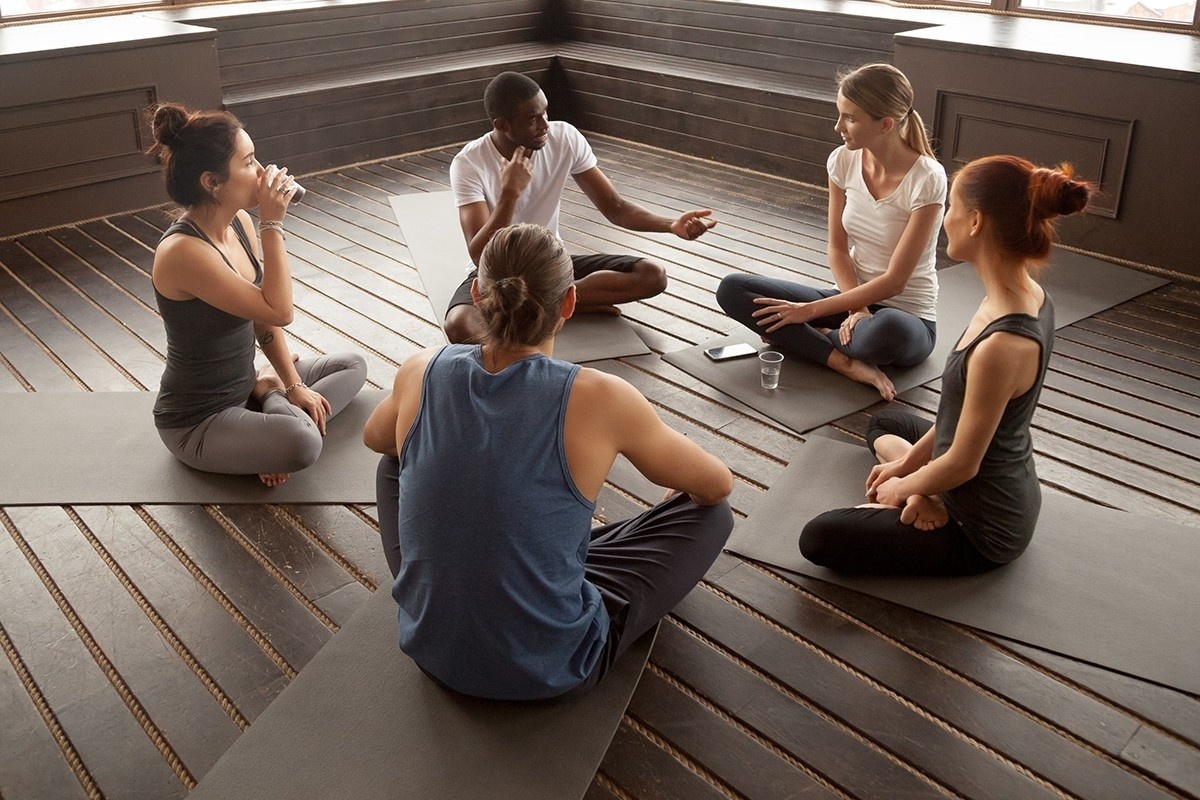 We will notify you by email when registration is open!